Here's the reason why:

Due to concerns expressed by my partner Andrew Porter about the commingling of my blogs and YouTube posts with his gmail inbox: he's got two gmail addresses with his name on it: one that he uses himself, and one that he has been letting me use because Google attached my blog and my YouTube account to it without asking me, when we tried to sign him up for gmail initially. Now the comments I've been expressing elsewhere under my old Google ID "Ed-M" and my YouTube ID "PfctvsPontivsPilatvs" has been showing up in the latter email address as is right and proper, but is also polluting the former address--the one that he's using! So I'm stopping my using those and going by my real ID now in order to prevent any further cross-pollution.

I got the idea off of the new South Carolina auto tag / license tag/plate / registration plate.

This is my draft version. 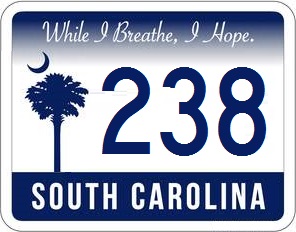 And I was just thinking... the picture frame around the image needs to be narrower or striped, like on a standard sign; the slogan can easily get outdated and needs to go. I'll post the final version up and link to two discussion boards / forums sometime soon.
Posted by Ed-M at 1:52 PM 1 comment:

This is the fifth of several posts regarding a makeover of the current disorganised highway <b>mess</b> called the Golden Glades Interchange.  The changes planned by the State of Florida I have summarised in the previous post in this series, and the one before that.

So here is the first of four posts showing what changes will be made to the interchange, step-by-step, to get rid of those deficiencies.

The first additional change to be done will be to build a direct connector ramp from 826 eastbound to the Turnpike northbound. It will require the taking of three (or four) pieces of property on the south side of the NW 7th Ave Extension, entailing the removal of three businesses: a self-storage place, a roadside gasoline station and a warehouse which leases some of its space to a non-denominational church. Some property may need to be purchased from the owner of the abandoned hospital that contains the small business called Perfection Cubeoctahedron and the Lubavitcher academy next to it (parking lots only -- no buildings will need to be removed) It will also require the construction of two bridges, shown in pink, outlined with red.

The viaduct will be built at such a height so as to clear my last addition to the interchange: the I-495 Golden Glades Northside Connector viaduct upgrade. The height of the ramp will be about 40 to 50 feet, depending on the required height of the upgrade and the depth of the ramp deck (including support beams) over it.

Once this 270-degree loop ramp is built, the existing traffic-lighted intersection at the east end of the 826 Expressway, opposite the gas station, will be removed.
Posted by Ed-M at 10:48 AM No comments:

Okay, it's been a long time since I posted an update on my Golden Glades Interchange Makeover. The last post had to do with the Interim stage of the State of Florida's planned changes to the interchange. Now I will show you the changes the State will do for its Ultimate build-out.

I will point out the changes the state is planning on constructing for its Ultimate construction for the sprawling-yet-too-small, confusing interchange. I will go roughly west-to-east, i.e., left-to-right as I relate the State's proposed changes. Just describing these changes is confusing!

And here are the changes:

1. 826 (Palmetto Expressway): Build an H-O-T connector viaduct from a point about 3,000 feet west of the Turnpike Connector to the I-95 Express Lane viaduct.

2. Build a separate H-O-T lane along the Florida Turnpike Connector southbound to connect with the I-95 Express lanes.

3. Rebuild 9 and 441 in the area of the Golden Glades Park and Ride Lots in connection to the repurposing of the lots themselves and the unweaving of different and conflicting streams of traffic underneath the Turnpike Connector.

4. Repurpose and redevelop the Golden Glades Park-and-Ride Lots. The lot west of 441 will become a bus terminal with commuter parking, or "Multimodal Facility"; the other one into a truck stop, or "Truck and Travel Center." The improvements for each of both are not shown -- too much precision work with an imprecise tool: MS Paint! (PS I tried copying and pasting from FLDOT's PDF on the interchange but the drafting images don't copy, just thye background photos.)

6. Extend the Turnpike Connector southbound to merge into the I-95 further south on the Interstate, i.e., at the Biscayne canal, just off the photo.

7. Widen the Turnpike Mainline feed-in to and from 826 (NW 163rd St) between the NW 7th Avenue Extension and the on-ramp from I-95 southbound, including the bridge over the railroad tracks.

10. Update the pavement and safety features to the I-95 Expressway.

11. Remodel or replace a section of the I-95 Express Lane viaduct and include ramps for a new connector viaduct to the planned 826 H-O-T lane.

12.  Rework the I-95 / 441 / 826 / ramp system within the interchange itself. This involves repaving and rebuilding roadways and relocate a certain ramp from 441-7 northbound to I-95 northbound, to eliminate a bad reverse curve that tucks underneath a bridge, which will be torn down.

13. Renovate or replace the 441 / SR 7 northbound overpass to accommodate ramp changes and the I-95 Express Lane viaduct changes.

14. Repave and remodel the surface streets (NW 163rd St and NW 2nd Ave) on the east side of the interchange, including.the traffic-lighted intersection.

Phew! That's quite a lot. You can get a PDF of the State's (STILL) planned changes to this ugly mess by googling "Florida DOT Golden Glades Interchange" or by clicking here.

This would actually be a follow-up sign, between McCarthy Blvd and 237 Calaveras Blvd in Milpitas, California:

Of course, with this one the state engineers may have to order the sign bridge replaced with a new, stouter one. In which case, one can have a fifteen-foot high sign with the arrows down at the bottom and away from the town names, and include the hours and days of the week when carpool are required.

And so I created one.

The arrows are rightly positioned in their lanes. The overhead directional signs above the arrowboard correctly identify which lanes will go where (right lane arrow, McCarthy Blvd or East 237 Calaveras Blvd Milpitas only, centre-right arrow either 237 or 680, centre-left arrow 680, left arrow 680 Express lane). While not perfect, the sign is legible enough to guide the motorists where they need to go.

And I got the hours on the microscopic HOV 2+ carpools only sign right, too!
Posted by Ed-M at 12:56 PM No comments:

Here is the original captured by Google Street View:

Pretty crazy sign, eh? A lot of info to process and the arrows (six of them of the Sword of Damocles type) appear to indicate the road is supposed to be seven lanes wide!!! It's obviously not the case.

Another misleading aspect of this sign is that the access lane to the 880 Express Lane is indicated to be in the left-hand breakdown lane. That's not the case either.

Plus, there's a tiny sign announcing that the Express Lane is only for 2-occupant -or-more carpools, except toll tag holders can use the lane regardless of how few people the vehicle carries. It's very easy to miss.

What is needed is a sign of the same size with only as many arrows as there are lanes (four, with a fith up ahead peeling off to McCarthy Blvd). It has to be the same size because of earthquakes -- a bigger sign may cause the sign bridge to tip over onto the traffic, or the truss-beam to detach from the pillars and fall onto the roadway, cars and all.

So here's an idea to clean up the sign:

Now we have almost* ALL the information on one sign, 60 feet wide by ten feet tall, same as the existing sign, with everything legible and in their proper place and only FOUR arrows pointing up, one for each travel lane. The right-hand arrow at the inside lane splits to indicate the upcoming exit and the "ONLY" next to it indicates either 237 Calaveras Blvd or McCarthy Blvd only.

* Except carpool required hours and days of the week.

Add exit tabs similar to the type found in Spain and the made-over sign will appear like this:

Of course, with this one the state engineers may have to order the sign bridge replaced with a new, stouter one. In which case, one can have a fifteen-foot high sign with the arrows down at the bottom and away from the town names, and include the hours and days of the week when carpool are required.
Posted by Ed-M at 1:30 PM No comments:

Ed-M
Hi! I'm just a mutt from German, English, Polish, Norwegian and Scots-Irish peasant stock. Oh, and Jewish peasant stock, too! AFAIK, most of the people with my surname who lived in Germany at the eve of WWII were gotten rid of by Hitler, who happened to be Austrian (and possibly 1/4th Jewish). 100% Queer-American, partnered (if I lived in Mass., Vermont, N.H., Iowa, Conn. or D.C., I could get Married!).